9 things to do in capital city Paramaribo

While on vacation in Suriname you can explore Paramaribo, the capital city of Suriname. We listed a couple of must-see places for you to visit. You can do them on your own or with one of our experience city guides! Discover fascinating historical elements hidden in Paramaribo.

What are the most popular things to do in Paramaribo District? 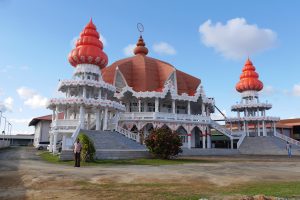 The inner city of Paramaribo is on the Unesco World Heritage Site…so please enjoy the colonial wooden buildings which makes this city so unique! Let the experienced city guide tell you stories and myths which make this city so vibrant with its different cultures!

Enjoy a mass in the St. Peter and Paul basilica

This basilica is the largest wooden church in South America! The church was built in 1883 and, in addition to the stone foundation, has been completely erected in various Surinamese woods. The 44-meter high tower and the special color combination of the church – yellow with gray – immediately attract your attention. In April 2014 this cathedral was inaugurated in April 2014 as a basilica, an honorary title for special church buildings and places of pilgrimage. If you are interested in a Pilgrimage trip, click here!

Let the Surinamese history come to life in Fort Zeelandia! 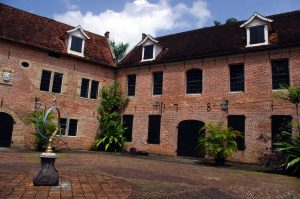 This fort was founded around 1600 by the Dutch and is the oldest building in Suriname. It was built as a pentagonal defense against external attacks. Trade was also conducted in Fort Zeelandia. The Fort has served as a prison for a long time. The Surinamese Museum is currently located in the Fort. Around the Fort are several beautiful wooden officers’ houses. You will also find a former gunpowder house here which now serves as a pharmacy. 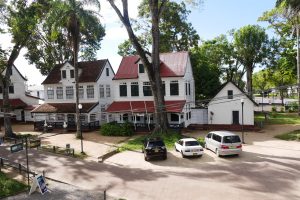 If you walk further you will reach the Waterkant (the Waterfront). The Waterkant is the meeting place in Paramaribo. On this spot on the Suriname River, you will find many nice small restaurants. You will also find beautiful colonial houses here. Must see some in need of restoration!

Get acquainted with the medicines from the Amazon jungle 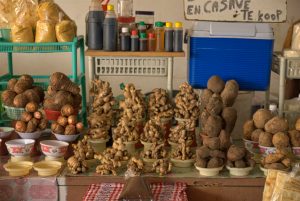 Definitely go to the Maroon market or the “Djoeka wojo”, just before you reach the Central Market. There are mainly Maroon and indigenous women here, selling products from the  Amazon rainforest and medicinal herbs. For example ‘oso dresi’, ( homemade medicines made with herbs). These medicines offer a solution to all kinds of health problems and problems in the bedroom!

Meet locals at the Central market 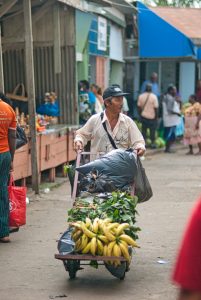 The Central Market is a large white two-story building at the end of the Waterfront. It is the largest covered market in the Caribbean! On the market, you can get everything: fresh vegetables, fruit, meat, fish, nuts, herbs, clothing, drugstore articles, birdcages, etc. You will also find delicious Surinamese delicacies here.

The center of Paramaribo is known as “The Wooden City” because of the predominantly timber-built buildings from the colonial era. Since July 2002, the historic city center has been on the UNESCO World Heritage List. It is wonderful to wander through streets with famous names such as Keizerstraat and Heerenstraat.

Make sure to stand at the right spot for the perfect picture of the Synagogue and mosque! 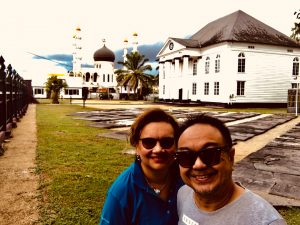 Multi-ethnic society means that there are different religions in Suriname. In Paramaribo, you will also find a cathedral,  a synagogue, Hindu temples, and mosques. The Neve Shalom Synagogue and the Mosque of the Surinamese Islamic Association stand side by side in Keizerstraat, which is unique in the world. The Neve Salom Synagogue is a Dutch Israelite Synagogue that was commissioned in 1842. The mosque was inaugurated on July 27, 1984, and replaces the previous wooden mosque from 1932. Do you want to visit the first Synagogue that was built in Joden Savanna a long time ago, click here!

Enjoy the Presidential palace from the Independence Square 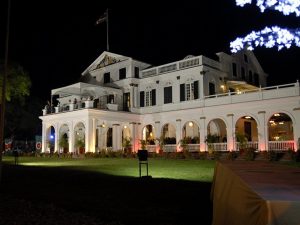 This square is a beautiful open and green square. Before 1975, the square was called the Oranje square. On the square, you will find the most important buildings of the city, such as the Ministry of Justice & Police, the Government House, the Ministry of Finance, the Presidential Palace and the modern-looking Congress Hall. 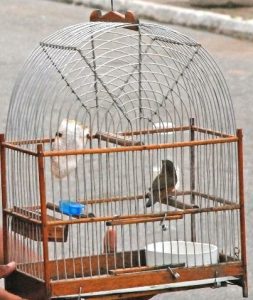 Every Sunday morning the singing bird competition takes place on this square, an exciting competition in which there is a battle for who has the most beautiful whistling bird! Behind the square, you will find the beautiful Palm Garden. Please visit this garden only during the day, during the night it is the bedroom for the homeless!

Feel the serene breeze in the Palm Garden 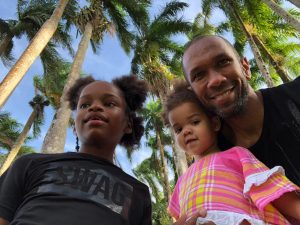 The palace garden with hundreds of royal palms was laid out around 1685 for the then-governor Cornelis van Aerssen van Sommelsdijck. After his death in 1688, the garden was closed to the public for a long time. A tunnel was dug from the palace to the center of the garden, which was to serve as an escape route in the event of a possible attack. Around 1900 the garden was opened to the public again.

In the garden, you will find some memorials, such as the statue of Ruben, a boy who was killed by suffocation. “Parents watch your children” is the corresponding motto. Performances and markets are organized in the Palm Garden on national holidays. 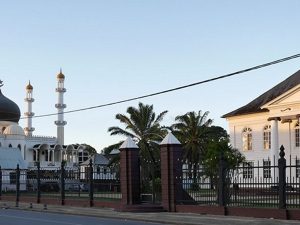 Do you want to experience the end of the year, 31 December in the tropics on the most important historical street of Paramaribo? The Dominee straat is the place to be! Live Surinamse music, thousands of people, and fireworks! Did you know we were on CNN with this New Year’s Eve party? So come and join us…. and to get in the mood click here! Book your holiday to Suriname now!