Experience the Culture of the Maroons and the Amerindians in Suriname

You may have already heard that the Surinamese culture is quite diverse. There are two cultures you should experience during your holiday. Wiggle your hips on traditional music, taste Cassava bread, visit an agriculture plot and sleep in a maroon village! 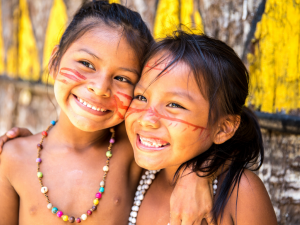 The Amerindians are the original inhabitants and also known as the Indigenous people. The Amerindian Surinamese comprise approximately 3.8% of Suriname’s population. They are divided into four tribes, each with their own language and way of life.

The Amerindians are comprised of: the Trios, the Wajana, and the Akurios. The Akurio lived completely isolated in the past, whereas direct contact with the Akurio’s only occurred for the first time for about sixty years ago when they were found seemingly still living in the stone age. On the tour with Pejego Tours, you will have the possibility to visit their villages. 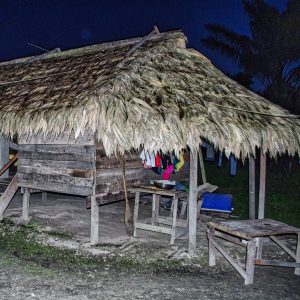 Village Palemeu is nearby the lodge where the Trio and Wajana Indians live and situated at the Tapanahony river. Here you will see how the Amerindians are living in there traditional habitat. Try to shoot with the ‘Pijl en boog’ a traditional hunting tool. You can also support local art and buy their handmade souvenirs. You can only fly to Palemeu. 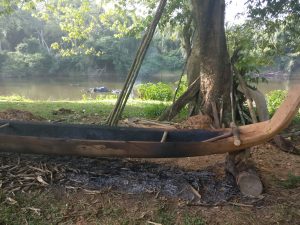 Village Apoera is part of the resort Kabalebo in District Sipaliwini.  Apoera is situated on the Surinamese (Eastern) Bank of the river Corantijn and has about 3000 inhabitants, originally mainly Indians of the Arawak tribe. The village of Apoera is situated in the close vicinity of the villages Washabo and Sanlanding.

With Pejego Tours you will visit village Apoera during the trip to Blanche Marie falls accessible via the road that leads from Paramaribo to Bitagron and Camp52 (the southern East-West link) and by boat through the city of Nickerie. In Apoera you will visit an authentic Indigenous/Amerindian village, taste traditional food such as Cassava bread with Pepre Watra soup, and drink locally brewed rum named Casisri. 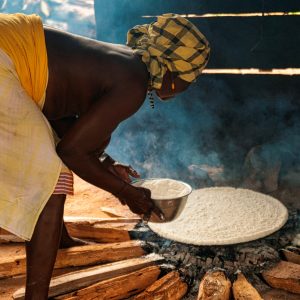 Maroons are descendants of Africans who were forced into slavery by the colonial Dutch on plantations in Suriname. During these times of slavery, they escaped because of the terrible conditions on the plantations. The name Maroons is derived from the Spanish word Maroon which means runaway cattle. An important difference with Guyana is, that there they are not considered Maroons.

Maroons in Suriname are organized in six main groups which can be divided into two branches based on their location, and cultural differences.

These maroon tribes that exist, show interesting differences in culture and language. Some even speak languages that derived from the Yoruba’s and Bantoes from West Africa. Ndjuka, is spoken by the Djuka, Aluku, and Paramaka. Saramaccan is spoken by the Saramaka, experience how it is to live in a Maroon village and enjoy the culture, traditions, and lifestyle of the Saamaka tribe! 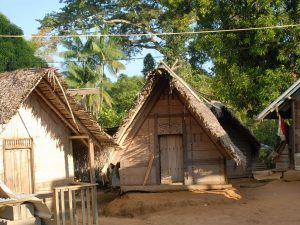 Social structures of the Maroons

Most Maroon villages are located along the amazing rivers of the interior rainforest of Suriname and access is heavily dependent on canoes and other watercraft, that you can experience as well. The population of this culture averages from one to three hundred residents. There is a hierarchy structure, where each tribe has a tribal leader (Granman) assisted by Captains and Basjas. Usually, this structure is led by men but recently, women are also becoming Basjas. 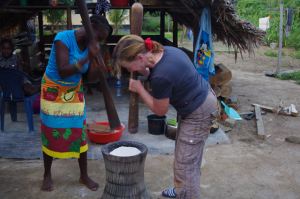 Pejego Tours brings you to Semoisi by bus and boat. Semoisi is an authentic Maroon eco-village of the Saamaka tribe on the Upper Suriname river and has about 300 families. The village has a primary school, a church, a clinic annex consultation bureau, a small resort, 3 small shops, a multi-functional centrum, and a meeting house or Krutu Oso. Your resort is situated in this authentic village where you will bath in the river, prepare your own cassava bread, and experience culture from close by!

Jungle Resorts in the midst of the Saramaka tribe

Other more comfortable Resorts on the Upper Suriname river, that Pejego Tours can arrange for you are situated on islands, are Anaula Resort, and Danpaati River lodge. This cannot be a private tour, you are always traveling in a group with other international guests.

If you are a culture lover, going on a trip with Pejego will give you unique experiences with authentic cultures!

Watch here a movie about the lifestyle of the Matawai maroon tribe!