As we know most of our guests are still working until 1 day before the start of the holiday. I listed some interesting and practical facts about Suriname which are easy to read during your 8-hour flight to Suriname. Let your travel companion be amazed ….

Let your travel companion be amazed about your knowledge on Suriname at the end of the flight with these cool facts! In 5 bullet points, I give you interesting facts about Suriname such as the food, the population, the flag, practical facts, the culture, the independence, and the nature in the Amazon jungle! 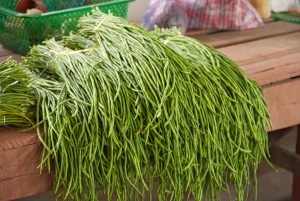 Food which is always on the table: Rice. Rice is a very common dish in Suriname and is always just around the corner! Rice on the field is called padi. Rice with soy sauce is called Nasi in the Javanese kitchen and Fried rice in Chinese cuisine is tjauvan. In Hindu cuisine, fried rice is called buddha Bhaat.

Tastiest fruit: Manja (Mango). There are more than 20 Mango types, of which the Cajana is the best known and the Golet is my favorite!

Best known soft drink: Fernandes soft (the red one is also my favorite and goes very very well with vanilla ice cream! and it’s then called Ice cream soda!….yes  I know a lot of calories..but its vacation!  hmmm). 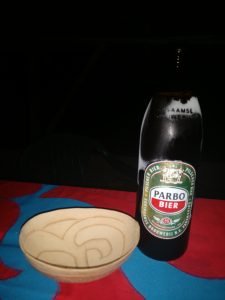 Most popular beer: Djogo (Parbo beer). Make sure to give this a taste when you’re visiting! Usually, I do not drink alcohol but and a hot sunny day I will definitely not say no to a cold Djogo beer!

Locally brewed: Casiri, a native spirit that is made from cassava.

Best place to eat: Blauwgrond. In this street in Paramaribo, you will find several Javanese restaurants, all located in one place. Amazing! 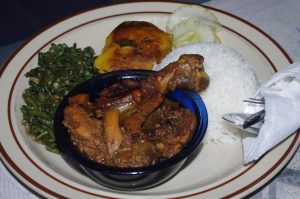 Famous dishes: Nasi (brown rice) and bami (Noodles), pom, and brown beans with rice (Creole cuisine), roti (Indian kitchen) all of them very tasty! But my mom’s kitchen is the best!

Always served with food: Pepper and cucumber in vinegar. This is served either with hot food or with a sandwich. So if you can’t tolerate pepper, please indicate it clearly with your order!

The locals in Suriname 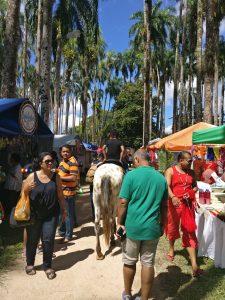 Population: Maroons, indigenous people (formerly referred to as “Indians”), Indo-Surinamese, Creoles, Javanese, Chinese, and Europeans. This clearly shows that Suriname has great cultural diversity. You will be amazed when you visit the country!

Language: No fewer than 20 languages ​​are spoken in Suriname. To communicate with each other, Surinamese (Sranan tongo) is used which is informally called taki taki. This is a mix of languages, easy to learn, and full of emotion! Dutch is the official language of instruction and is used in schools, the media, and the government.

Best known Expression: “Fa waka”? This means: “How’s it going or how are you”?

Independent: Suriname became independent from the Netherlands in 1975.

The Surinamese flag has the colors green, white, and red, with a yellow star in the middle.

Traffic: You drive on the left (a remnant of the English colonization). So be careful when crossing if you come from a country where they drive on the right-hand side! 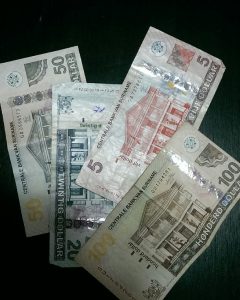 Payment: The Surinamese dollar (SRD) is the legal payment method, but euros and US dollars are also accepted. Change is always reflected in SRD.

Weather: Sun and rain alternate throughout the year. But don’t get mistaken that it’s cold. Because it can get really hot in Suriname!

Don’t forget: Sunscreen and make sure to by the Surinamese DEET when you arrive. This will work perfectly against the mosquitoes in the rainforest! 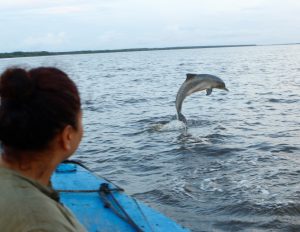 Green: The vast majority of Suriname is green, about 90%, is covered with jungle.

Nature reserves: Suriname has 11 nature reserves, the largest of which is the Central Suriname Nature Reserve. It is roughly 16,000 km2.

Challenging activity: Multi-day trip to the Raleigh Falls located in the reserve with the famous orange cock-of-the-rock (if you are lucky you can see this bird in the dry season).

Impressive lake: The Brokopondo Reservoir is the same size as the municipality of Utrecht. Here you can spot sloths and various monkeys. You will also be able to hear howler monkeys.

Forest along the coast: Mangrove forests. They occur during the transition from land to sea. Mangrove is important for shrimp and migratory birds but also to stop the sea from taking land! 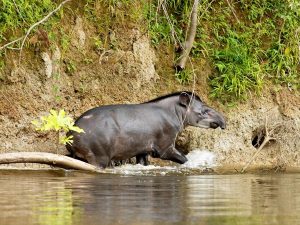 Snakes: No less than 74 species.

Scary fish: Piranha. Despite the terrifying stories of meat-devouring piranhas, they are relatively harmless. They prefer to eat other small fish and fruits.

Sassy facts about the cultures in Suriname! 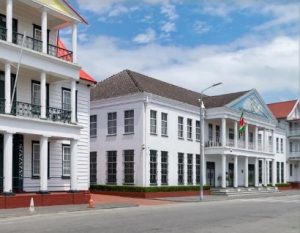 City: Paramaribo! This is the capital of Suriname and has a mix of different cultures. The city has everything to offer that any traveler could wish for such as culture, nature excursions, and wonderful food!

UNESCO World Heritage list: Since 2002 the historical inner city of Paramaribo is part of the world heritage list! The historical center is a perfect example of the connection between the European (Dutch) and the local cultures. It also gives people a good indication of how life was during the Dutch colonization in the 16th and 17th centuries! 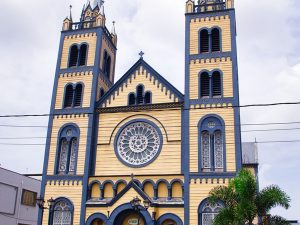 Cultural highlights of Paramaribo: The 137-year-old wooden basilic church called Sint Petrus and Paulus is absolutely magnificent! Make sure to check out the Synagogue and the Mosque which are next to each other on the Keizerstraat.

Museums: “Fort Zeelandia” is in the center of Paramaribo and houses the national museum of Suriname. “Fort Nieuw Amsterdam” is also worth the visit which is located in the Commewijne district!

Must-do: A city walk with the map provided by Pejego Tours, it’s a great way to explore all the highlights of the city by yourself! The map also gives some nice information about all the landmarks.

Hopefully, the above-stated information will be your guide while on holiday in Suriname! If not give us a call or Whatsapp us! +597 8550625 with your questions. And as they say in Suriname everything is going to be alright, baby don’t worry about a thing! Psst do you remember this song by Bob Marley?